In the eyes of many people, drones are just toys for the rich, but the major Internet giants have begun to join the drone to apply this blue ocean. Amazon trials use drones to send express, Google wants to use drones to achieve global Internet. Full coverage, drones have become the most intelligent hardware of the year. When the drone encounters the Internet, what new tricks can it play? We may wish to imagine the "marriage life" of the UAV's marriage to the Internet based on the current situation. 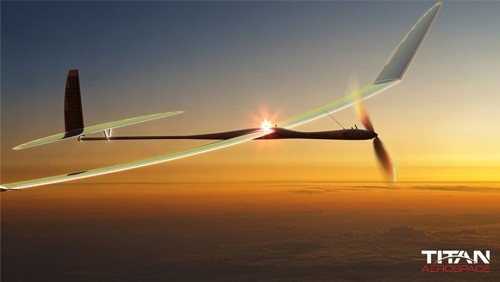 Drones take you to the scene easily

It's easy to control the drone, upload the pictures taken by the drone to the web platform and share it with friends at any time. Recently, the drone manufacturer Yihang and Gaode reached a strategic cooperation. The Ghost of Yihang is the first intelligent drone that can be controlled by pure mobile phones. It can be controlled by the mobile app platform based on the Android SDK developed by Gaode. Everyone can get there. The data and navigation services provided by Gaode Map allow users to control the flight on the map and control it as much as they want. No matter how far away, the drone can replace us to the scene.

Youku Tudou Group also announced that it will cooperate with Dajiang Innovation to develop in-depth cooperation in aerial video content, resource replacement, and exploration of new business ecosystem. The first result of the cooperation between the two parties is the â€œOne-click upload to Youkuâ€ function on the DJI Pilot app of Dajiang. The user can upload the video captured by the drone directly to Youku platform.

The combination of drones and social media to achieve information sharing is also an inevitable trend. It is rumored that the Dajiang UAV will cooperate with Tencent. This news has inspired many netizens. Their experience of combining social media and drones is already eager to try. I hope to share the scenes of drones with friends at any time. . However, the cooperation between the two sides has not been verified, and netizens have expressed regret.

UAVs help the global coverage of the Internet

At present, there are nearly 4 billion people living in the world where the Internet is not connected to the Internet. The problem of Internet interface needs to be solved urgently. The drone has low energy consumption, long flight time and strong maneuverability. These characteristics are seen by the Internet giants. The task of global coverage of the Internet has fallen to the "air wifi" such as drones.

As early as 2014, Google acquired the drone company TItan Aerospace. It has successfully developed and tested the drones Solara 50 and 60. By absorbing solar energy to supplement kinetic energy, it has been sailing in low-earth orbit for five years without landing. TItan said Special equipment that allows its high-altitude drones to provide up to 1GB of network access per second. Facebook also acquired the drone manufacturer Ascenta, established ConnecTIvity Lab, and developed its own Internet connection technology including satellite and drone, in order to open a new Internet portal.

"The sensor that can fly" in the Internet of Things era

When the drone is deeply integrated with the Internet, the most probable future application of the drone is as a data port in the air, becoming a key link in the Internet of Things, enabling real-time monitoring of various data and feedback of big data to the corresponding platform. To provide more accurate and powerful data flow for the development of various industries.

If the drone is applied to local environmental monitoring, and the obtained data, such as the factory's sewage discharge status of the aerial photography, is uploaded to the Internet platform, the relevant departments can quickly process the local industrial pollutants and make the arrival standard discharge. If the UAV is applied to the monitoring of crop growth, it is possible to take corresponding measures on crops through real-time data, such as fertilization and watering. Grasping the entrance of the mobile Internet era service, mobile intelligent hardware such as drones will become the core of the connection line and offline, showing the soft power of intelligent hardware in the Internet of Things era.