Skip to content
January 18, 2021
Millet has launched new products every month since August. In August, the red rice Note2 and September's Xiaomi mobile phone 4c have been well received. New products have just been released in September and there will be a big wave of new products to be released in October. . 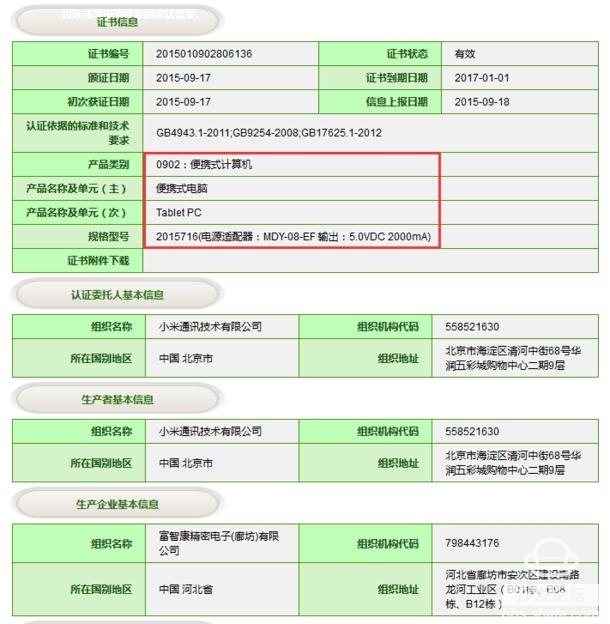 Not long ago, the relevant information of Millet Tablet 2 was quietly unveiled at the National 3C Quality Certification Center. The product is a portable computer device with the device number "2015716". The organization name of the application for certification is Xiaomi Communication Technology Co., Ltd., and is manufactured by Fu Chi Kang Precision Electronics. 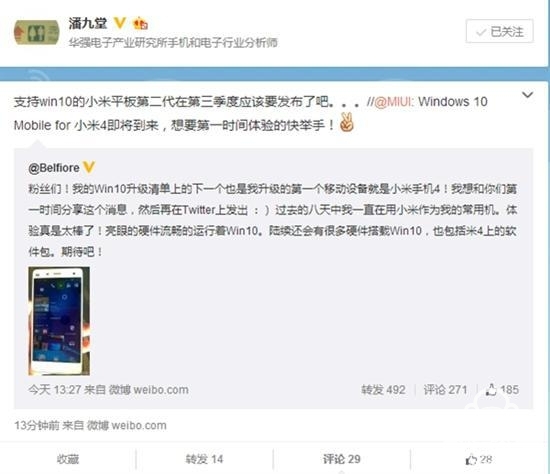 According to Pan Jiutang, an analyst in the industry, Xiaomi has already begun to prepare the second-generation millet tablet and supports Windows 10 and Android dual-system operation. It is expected to be officially released in the third quarter of this year. Now that it is already at the end of September, Millet Tablet 2 will meet with you next month. 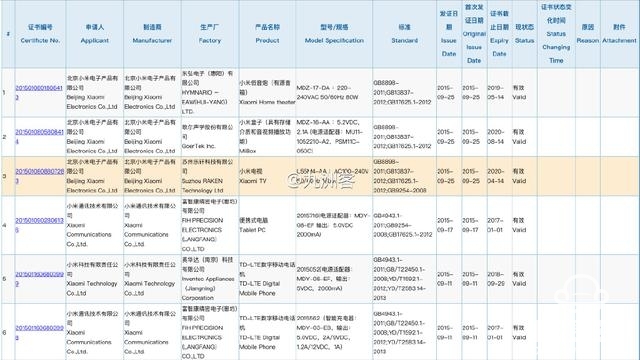 Recently, Xiaomi's more new product-related information also appeared in the National 3C Quality Certification Center. Judging from the relevant registration information of the certificate, in addition to releasing the Xiaomi Tablet 2, Xiaomi will also release a brand new millet TV and a new millet box in October. It is reported that the new millet TV will also carry a more powerful subwoofer.
As for millet 5 that rice flour is very concerned about, there is not much news at present. The author estimates that Xiaomi 5 will be the same as previous reports and will meet with you in November.