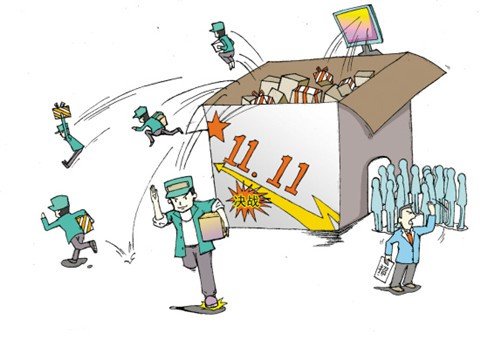 "Double 11", as a "artificial shopping festival" created by Taobao, is now deeply into the hearts of consumers. This year's Singles Festival is even more honored as "the last price war in 2012," and various businesses are gearing up to show their magic. Headed by Taobao, Suning Tesco, JD.com, Gome, Vanke, Dangdang... But whoever knows doesnâ€™t know, most of the e-commerce companies have come to join in the excitement of the Double Eleven. Such a splendid carnival feast is undoubtedly a delight to consumers, but the Xiao Bian investigation found that many consumers are happy and have many concerns.

Most consumers said that the most objectionable is the false marketing of businesses. This kind of thing is not uncommon on the Internet and in physical stores. One of the consumers said that it was too boring for some businesses to raise the price after the holiday season. His orders will fully compare the prices of various e-commerce providers. Another consumer stated that he did not believe these so-called price wars at all because it was just a marketing tactic. False marketing has a great negative effect, making money but losing consumers' trust in the business is not worth the candle.

There are also many consumers who worry that the express delivery will be slow due to order blowouts during the holiday season. In 2011, the number of shipments on Taobao â€œDouble 11â€ reached 22 million on the same day. This made many express delivery companies unprepared. Many local distribution center expresses piles of express mail that have been too late to be sent out. It is vividly called â€œexplosive warehouseâ€. . Many consumers can send goods purchased in November before the Chinese New Year, and complaints continue to grow. This point has also made many people fresh in their memory and is cautious about participating in the shopping festival.

Another point is the background support of Taobao, especially the payment system. It is undeniable that the infrastructure construction of domestic e-commerce is still lagging behind, and it is prone to various problems of network congestion and system breakdown. It is reported that during the "Double 11" period last year, a number of bank online banking companies had failed. When there is a failure, the customer will have to re-order, and during this period it is very likely that the fancy goods will be snapped up, which makes many people dissatisfied.

However, consumers are most worried about the problem of returning after-sales service. One of the bad things about online shopping is that you donâ€™t know if youâ€™re buying what you think is the same, or if itâ€™s right for you. This caused a return policy. Double eleven, in front of such a large amount of sales, return a few. How to ensure that there is a greater return under the premise of maintaining good service this is also the major businesses should pay attention.

It uses the microprocessor as the main control unit, the color touch screen as the man-machine interface(HMI), with the function of flexible man-machine dialogue. It is suitable to perform the intelligent charge for industrial battery packs (banks).