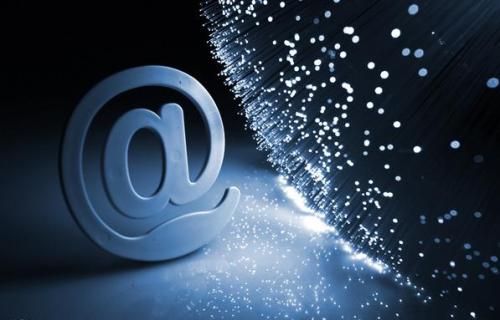 One year spent similar, each year is different. On this year's 5.17 Telecommunication Day, the virtual operators represented by the four major e-commerce companies took away the thunder of the three major operators in one fell swoop. Large and small Internet companies wore â€œ170â€ shirts and declared war on operators collectivelyâ€”we came Now.
Before Jingdong IPO add "communication" selling point
Jingdong intends to list in the United States on May 22. Since its submission of the prospectus on January 30, the business line expansion has suddenly accelerated. Following O2O and Internet finance, virtual operators have become the latest selling point of Jingdong IPO.
On May 17th, Jingdong Communicationâ€™s 170th segment was officially reserved for sale. Its main concept of â€œprivilegeâ€ was free communication privilege, shopping privilege privilege, connected living privilege, financial service privilege, and no package, no contract, no low consumption. The "three-nothing" simple tariff plan.
Yan Xiaobo, general manager of JD Communications, cited as an example, â€œThe so-called free communication privilege refers to users above Jingdong Silver. Each consumer who spends two yuan in Jingdong will receive 1 minute of voice and 1 megabyte of traffic, and will receive a maximum of 500 yuan per month. Minutes talk and 500 megabytes of traffic."
It is worth mentioning that, in the past after the mobile phone users online recharge, if you need an invoice you have to go to the line business hall to print. The Jingdong 170 users can sit at home and wait for Jingdong to send their invoices to the door. For groups that have reimbursed demand, it can save a lot of things.
In this regard, Yan Xiaobo also admitted that Jingdong engaged in the above business is losing money. â€œFrankly speaking, JD Communications is not a profit center within JD. We are more and more serving JD.com members and let JD members enjoy the experience of shopping, finance, and logistics on the Jingdong platform. So in this piece, Profit is not the target and demand of Jingdong Communications. We will exist as a cost for a long time. In fact, Jingdong has to pay extra costs and subsidies to return the members of Jingdong.â€
â€œFor netizens who often shop in Jingdong, they can automatically recharge their mobile phones while online shopping. What are they doing? For now, JD.comâ€™s virtual operator business is not to make money, but to earn popularity. , making stickiness, is its e-commerce business," an analyst who declined to be named told the Securities Daily.
According to Yan Xiaobo, in the future, the â€œprivilegeâ€ of the 170th segment of Jingdong will be extended to music, e-books, social networking, games, cloud disk, O2O and financial services.
Virtual operators generally play "privilege cards"
Although Jingdong has played a â€œprivilegeâ€ selling point for its virtual operator business, the concept is not unique to Jingdong, and several virtual operators recently debuted are also â€œprivilegedâ€.
Alibaba Group, which has also submitted a prospectus, has long been no shortage of concepts, but adding a concept of a virtual operator is not a bad thing. On May 12, Ali Communication announced the launch of the â€œLovelyâ€ brand and opened an appointment. As long as the user logs in with the Taobao account, they can apply for a â€œprivate customâ€ number and choose a number that is meaningful to them. Alibaba Communications users will enjoy Taobao, Tmall shopping privileges and exclusive 24-hour online customer service in addition to basic services. "We hope to provide services on Ali platforms such as Taobao, Tmall, Alipay, and digital entertainment to Alipay through the Ali phone number," said Yu Pengwu, general manager of Ali Communications.
The concept of Suning cloud business, will naturally not miss this feast. On May 17, Suning Internet 170 card was officially opened for sale. According to the relevant person in charge of the Suning Internet, in addition to the standard functions such as flow sharing, gifting, and non-clearance, the Suning network card will also integrate group resources and create exclusive privileges around communications, shopping, entertainment, sports, finance, and after-sales services. For example, the user can enjoy saving money, sending mobile phones, deposits, and double fee-paying, PPTV Blu-ray movie viewing, and VIP program viewing.
On May 17th, the Gome Group's virtual operator business called "Credit" was officially launched. For home users, it is strongly believed that multiple people share the same package and share family members in different places. For individual users, it is strongly believed that the "Paste 8" low-cost package and "Zero 0" package will be launched, while the latter will use the mode of how much it costs. The president of Gome, Wang Junzhou, said that the development of high-trust business is an important part of Gomeâ€™s â€œoff-line physical stores, on-line point, and mobile terminalâ€ multi-mode operation. The mobile resale business helps Gome and its customers establish a communication link.
In addition to the four major e-commerce companies, Phone World, Dixon, and Snail Mobile also started selling their respective number 170 segments around May 17.
Traffic sharing, gifting, and traffic unclearing functions have become "standard" for virtual operators, and the selling point of true "killer" has not yet emerged. The Industrial Securities Research Report believes that because virtual operators face only a niche market, successful companies mostly target only a certain market segment and gain user support through their distinctive features.