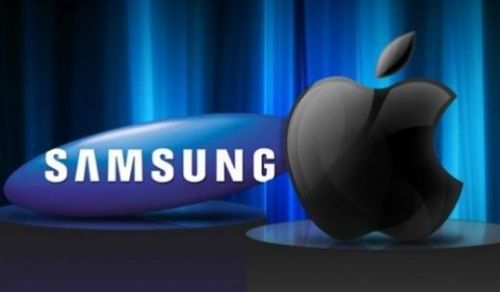 Recently, news of LG mobile phone layoffs in China revealed that it is facing a huge dilemma. In this era of smart phones, the war in the mobile phone market has been filled with smoke, the decline of old brands, the rise of latecomers, Apple, Samsung and other emerging forces have obvious advantages, Nokia, Motorola and other traditional mobile phone industry giants crashed down. Behind the collapse of a superstar is the contest of wisdom and strength. It is a wonderful manifestation of opportunities and it is also the impulse of the rolling wave of history.

While Samsung and Apple dominated the mobile phone market, what are the once brilliant brands that became the cannon fodder? The following are the seven fallen brands such as LG:

On December 4, an LG internal employee stated that the LG Mobile China offices began layoffs. At present, layoffs are also a frustrating move. It is a strategic adjustment. The Chinese smart machine's melee has started, and LG wants to re-arrange from 4G. . The mobile phone business of LG Electronics in China has finally reached a point where it is almost at a dead end. There are three fatal strategic mistakes in analyzing the reasons: 1. In 2010, the main error function was missed, and the time point for the development of 3G smart phones in China was missed; Machine development is lagging behind, and the relationship with operators is estranged; 3, strong direct supply strategy.

Nokia - The software is obviously inferior

Since 1996, Nokia mobile phones have occupied the first place in the mobile phone market for 15 consecutive years. However, in the era of smart machines led by Apple and Samsung, Nokia's Titanic mobile phone industry has gradually fallen. Nokia's missteps are reflected in many aspects: First, Saipan operating system is "indecent" in all aspects, and it is too complicated, the user experience lags far behind iOS and Android; Second, the application store Ovi Store operation is complex, in use Also inferior to the App Store; In addition, the baseband design team was transferred to Renesas, lost the chip design capabilities, and the processor performance of the smart phone was 1-2 generations behind its competitors.

It is understood that Sharp's current domestic product line has been fully narrowed to 3-5 models. In desperation, Sharp began to join the OEM brand of Hon Hai Group. The selling price of the mobile phone fell below 2,000 yuan and the high-end image lost. In two years, the old high-end brands have fallen into the trough. First of all, Sharp has stuck to regulations and failed to jump out of the old ideas. The naked-eye 3D smart machine has failed to open up the market. The innovation of the folding machine operating system has not been effective; Let's configure the low-end Hon Hai to lose its past high-end image and the brand has fallen into the low-end market.

On August 15 last year, Google announced that it had shocked the industry with its purchase of Motorola Mobile for USD 12.5 billion. In August of this year, Motorola Mobile announced that it will lay off 4,000 people worldwide. Moto rarely provides software and system upgrades for products it already sells, which is unacceptable in the Android ecosystem. The slow pace of transition to smart phones has made it impossible to adapt to the trend of shifting the core of the mobile phone industry chain from hardware vendors to software vendors.

Sony Ericsson - plans to keep up with changes

In 2004 and around 2005, Sony Ericsson brought Sony's advantages in digital cameras and music to mobile phones and achieved considerable success. However, in the process of transitioning to smart phones, Sony Ericsson was unresponsive to changing industry trends. In 2008, the Xperia X1, the first Windows Mobile device, was introduced. The product has a poor user interface and lacks the rich features provided by iOS and Android. The first Android smartphone was introduced in March 2010 but it has been difficult to compete with other brands. Xperia Play also failed because consumers preferred conventional devices. In October 2011, Sony spent $1.47 billion to buy Sony Ericsson shares held by Ericsson from Ericsson, and parted ways with Ericsson.

Blackberry - contempt for the opponent

Three years ago, RIM (blackberry handset maker) once ruled the US smart phone market with a 50% share. Today, the US smart phone market share is less than 5%. In the first half of this year, RIM had a net loss of 753 million US dollars. From 2006 to 2009, when Palm, Nokia, and Microsoft threatened to research and update the new system in response to the threat of the iPhone, RIM did not care. Until November 2008, RIM launched the Bold 9000, but due to system limitations, the Internet experience disappointing. Afterwards, he touched the screen to test the mobile phone, and launched the Storm series with its full-touch â€œSuretype keyboardâ€. However, due to the lack of convenient operation methods and an uncomfortable Internet experience, the marketâ€™s response was not great.

More than a decade ago, Palm first opened the door to the smart phone market. At its peak, Palm had a 40% share of the corporate e-mail smartphone market and tens of thousands of software developers developed proprietary software for Palm. However, after the impact of smart phone companies such as Apple, Google, RIM and Microsoft, after 2005, Palm is in full swing. In 2009, with the stunning user experience of webOS, the market began to brighten Palm's bright future. Some analysts are also optimistic about Palm. However, the picture was short-lived. From the very beginning, it had erroneously chosen to launch the Palm Pre in a CDMA mobile phone network with a small number of users, and the lack of power in the marketing and software ecosystem construction led to the failure of webOS.