Skip to content
September 28, 2021
The competition of Internet TV was the first to start, and from the online fight to gradually enter the offline layout, the second half of the game. However, the Internet TV broadcast control platform moves from behind the scenes to the front desk around the layout of the living room entertainment scene. It not only shoulders the responsibility of content broadcasting and control, but also promotes the progress of the Internet TV industry, creates a diversified ecological layout of content, and becomes an Internet TV broadcast. Control the key points of the platform.

Video is an important part of the consumption of information content. In order to continue to allow consumers to pay, competitive content is the vitality of the platform.

The data shows that in 2017, the share of Internet TV in households will reach 45%, of which 75% of users come from content. It can be seen that the importance of content construction in opening up the Internet TV situation. 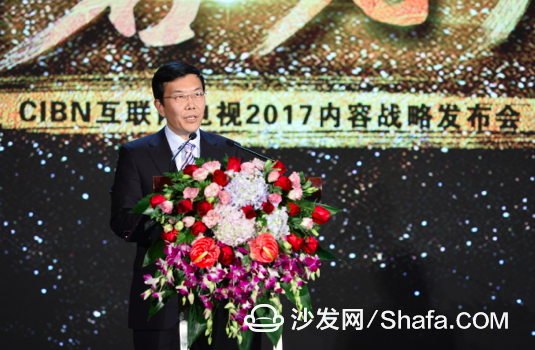 Of course, broadcast and video have different forms of content. CIBN Internet TV as a rising star really needs to continuously reinforce its own shortcomings in video content. Therefore, the CIBN Internet TV 2017 content strategy conference is held against CIBN Internet TV. Platform partners and users are a positive signal, which also indicates that China's big-screen video competition will usher in a heavyweight player.

So, what is the content strategy of CIBN Internet TV in 2017 and how can it be done?

In 2017, CIBN Internet TV will focus on creating its own content on the head, and will use â€œhead content to drive segmentation contentâ€ as the core layout to create a complete content industry chain. Including: In the direction of content, adhere to the internationalization, quality, and specialization; In the international co-production, film and television variety and music, 2017 CIBN Internet TV will have major actions.

The platform can have no boundaries, but it must have its own competitive landscape. It seems that the strategic planning of CIBN's Internet TV content has been very clear, but the most prominent competitive advantage must be internationalization.

From an external perspective, Chinaâ€™s overall national strength has been enhanced, coupled with the Chinese governmentâ€™s strategy of â€œOne Belt and One Roadâ€, which has continuously enhanced its international influence. In addition, the more urgent the love for Chinese companies to participate in international competition is, the more they will accelerate their internationalization, and the faster their cultural integration will be. This is not a fashionable business, but an opportunity. It is also an irresistible trend.

Tian Yuhong mentioned that CIBN Internet TV, through the linkage of resources inside and outside Taiwan, has started business cooperation with many countries including the United States, Turkey, Japan, and Thailand, effectively expanding its overseas distribution channels, and its influence has been continuously improved.

Including: Cooperation with Turkish, Japanese, Thai, American and other national film, TV drama, and documentary filmmakers to collaborate on multi-national works and invest heavily in the introduction of nearly one thousand national excellent films in all languages, typed movies, and multi-cultural communication. The Chinese audience opened up a broader view of the movie.

In addition, the decision to escalate the strategic content of the future content and build the ground floor platform. As of October 2016, CIBN Internet TV has developed a total of 68.19 million subscribers. It has mobile client products such as â€œCIBN Mobile TVâ€, â€œLooking Eastâ€, and â€œGlobal Visionâ€, and has built a relatively complete platform matrix.

The material of this product is PC+ABS. All condition of our product is 100% brand new. OEM and ODM are avaliable of our products for your need. We also can produce the goods according to your specific requirement.