In the era of operating system homogenization, today's best Samsung is not a rival to Nokia. However, time has passed, and the former industry leader, Nokia, has returned to the peak, and I am afraid it is no easy task.

Today, the smartphone market is in the Red Sea phase, and mobile phones are highly homogenized. On the one hand, Samsung and Apple have pushed the industry competition to a very high level; on the other hand, Chinese manufacturers' products have reached a very high level, and domestic mobile phones such as Xiaomi and Huawei also have a place at home and abroad.

In addition, after years of twists and turns and turbulence, Nokia's gold sign has been greatly reduced. At present, it is no longer comparable to Apple and Samsung.

From the current development of the mobile phone market, it is impossible for Nokia to reshape its former glory. However, there is still a good chance to be small and happy.

In 2013, Nokiaâ€™s equipment and services division was acquired by Microsoft. In accordance with the terms of the transaction at the time, Nokia continued to own and retain the Nokia brand, Microsoft received a 10-year license; before December 31, 2015, Nokia was banned from using the Nokia brand on its own mobile communication devices.

Obviously, the use of Nokia brand in 2016 began to lift the ban. For Nokia, this is undoubtedly the best time to return to the market, and to create a natural gimmick.

Microsoft gave up the Nokia brand

In October 2014, Microsoft officially stated that it would use "Microsoft Lumia" to replace Nokia as the new mobile phone brand name.

According to the agreement between Microsoft and Nokia, the Nokia smartphone brand is licensed for 18 months and ends on December 31, 2015. Microsoft gave up the use of the Nokia brand in advance, not only creating a buffer period for Nokia to return to the market, but also clearing the propaganda and cognitive barriers for Nokia's return to the mobile phone market.

Imagine that if Microsoft's new mobile phone still uses the Nokia brand name in 2015, Nokia's propaganda will inevitably be affected, at least in the return to the momentum period to make it clear: This is not Microsoft's "Nokia."

As a well-deserved leader in the era of functional machines, Nokia still has a large number of fans, and it still has a high degree of recognition and recognition among the user groups of smartphones.

Although Nokia's brand effect has shrunk, it is still one of the most famous and valuable brands in the world. A strong, durable and reliable brand image is still stationed in the hearts of consumers.

Before the involvement of Microsoft Trojan Elop, although the Saipan system is not as good as Android, Nokia has not fallen behind in terms of market share. A quarter of sales of more than 26 million, even the rocket-based development of millet, the highest record in a quarter is only more than 18 million.

This shows that Nokia's return to the consumer market has the necessary conditions. After all, Nokia's brand power is unique, not all brands have this ability.

The Mini SC FTTA CPRI Cable is an industrial grade product in optical connectivity, IP67 rated waterproof,  the Mini SC assembly with factory-terminated, environmentally sealed and hardened connectors to reduce the cost and the time of drop cable deployment in Optical Access networks. The mini SC Cpri Cable is also used for FTTH which has great performance for long distance transmission and water proof  . 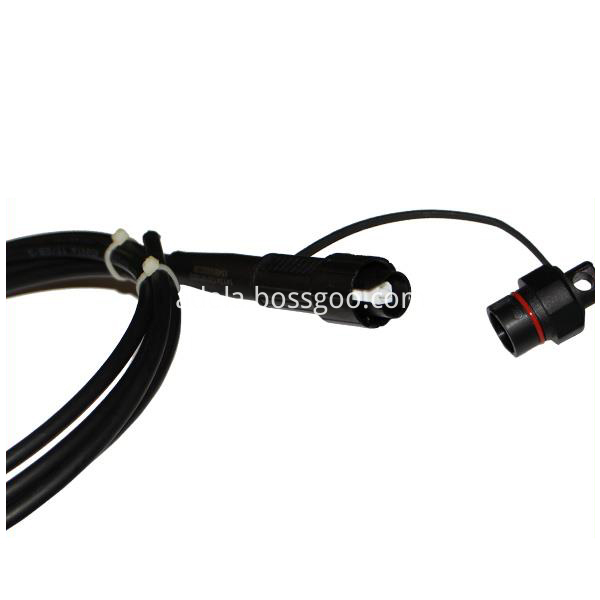